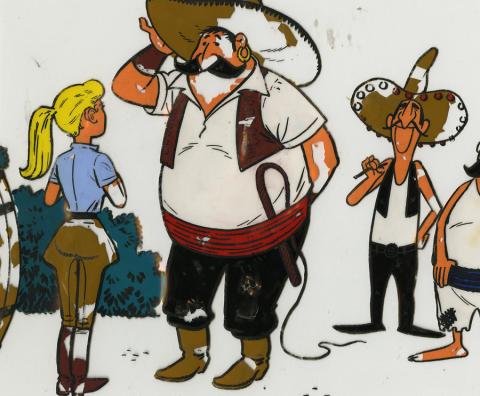 This is an original production cel from the Cambria Studios production of Clutch Cargo (1959). This production cel features Miss Mary having a conversation with Whiplash and was created at the studio and used during the production of the an episode of the series. The overall measurements of the piece are 6" x 9.5" and the image itself measures 5.75" x 9". The piece is in fair condition overall with some paint lifting an loss as you can see in the image. The third image shown is a screen grab from the scene that this cel was used to create, it is for reference only and is not an actual physical print included with the drawing.