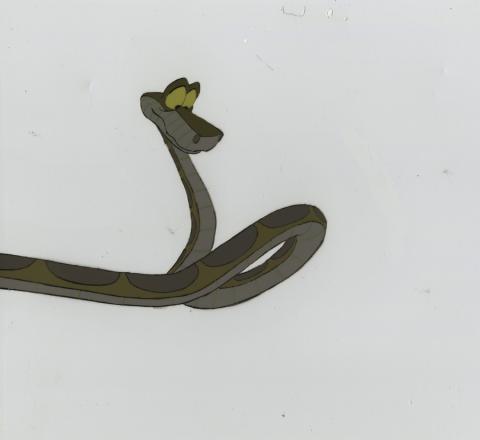 This is an original production cel from the Walt Disney Studios production of The Jungle Book (1967). This hand-painted cel features the villainous, and mistakenly goofy, Kaa, and was created at the studio and used during the production of the film. The overall measurements of the trimmed production cel are 8" x 9.5" and the image itself measures 4" x 5.5". The cel has a small tear at the top which is indicative of a cel that was originally prepared for sale at the Disneyland Art Corner. This cel was likely originally trimmed to this size and paired with another cel at the studio. The cel is in excellent condition.