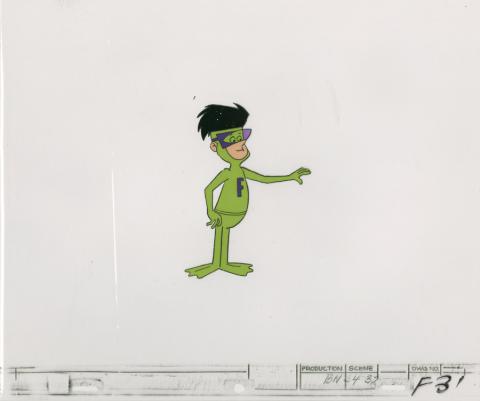 This is an original production cel from the Hanna Barbera Studios production The Impossibles (1966-1968). This production cel features Fluid-Man and was created at the studio and used during production, representing an actual frame of animation that was photographed and appears in the cartoon. The overall measurements of the piece are 10.5" x 12.5" and the image itself measures 5" x 3". The cel is good condition with
a crease on the left side of the cel that runs across the whole edge, as well as some curling at the edges.