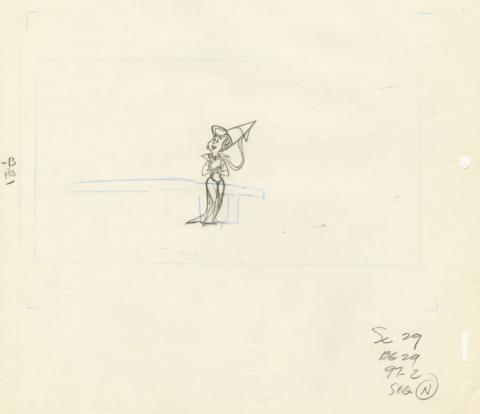 An original layout drawing from the Hanna Barbera Studios animated television series The Flintstones (c.1970s). Featuring an image of Wilma in princess attire, the drawing was created at the studio and used during the animation process. Measuring 12.5"x10.5" overall, with the character image measuring 2.5"x1.5", the layout drawing is in very good condition with light creasing throughout and folded corners.